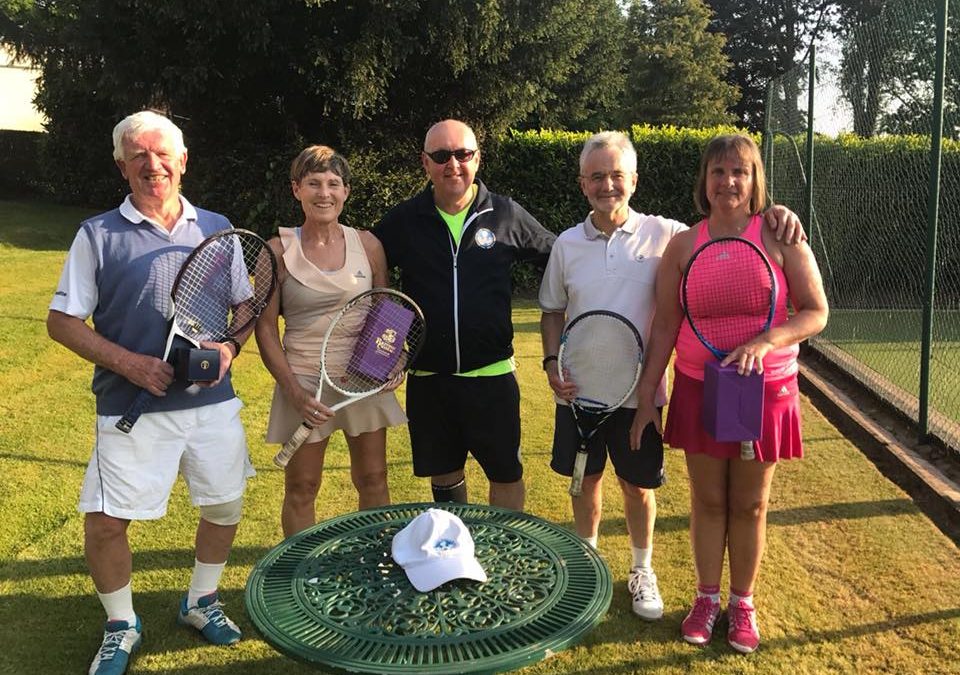 It was time for a certain vintage at Wolverhampton Lawn Tennis and Squash Club as members proved there is no substitute for experience in two recent tournaments.

The Vintage Club Championships, for men aged over 60 and ladies over 55, produced some fantastic tennis as did the 100+ Championships, a mixed doubles event where competitors ages had to add up to over a century.

Players took to the courts to roll back the years during the fiercely competitive tournaments before a well-attended finals day attracted a sizeable crowd to the Newbridge venue.

“The 100+ Championships is something we started last year, where the ages must add up to over 100, for two competitors…..not one!

“What we were hoping to do was perhaps encourage some new pairings and people to play together who wouldn’t normally do it.

“So while there were still a few husband and wife teams around the 50 age group, we also had older players linking up with younger players, and a nice blend of youth and experience.

“Both the 100+ tournament and the Vintage events were very competitive, with some good numbers entering as well.

“That is not to say we are an ageing club, but that players are feeling they can play competitively again, whatever age they are at.

“A lot of people drop out of playing team tennis in their 50s and play social tennis but they have competed all their lives, so why not carry on?”

That competitive element is perhaps summed up by former Welsh international footballer and successful manager Alan Durban, still taking to the court, and taking no prisoners, at the age of 76.

“Durbo was the oldest competitor who took part in these two events, but the great thing at the club is that we have a lot of support in these age groups,” adds Hodgetts.

“Pretty much everyone who entered came down to watch on finals day which was nice, and there were some epic matches.

“As I say, it was very competitive, and because the players can’t maybe hit the ball as powerfully as they used to, the rallies can go on for longer!

“The standard is still very high for their age group, and there was some great tennis on show.”

The Mens’ Vintage Singles champion was Tony Brachmanski, who prevailed against Chris Quick on a Championship tiebreak after a mammoth contest lasting two hours 40 minutes had seen them exchange tiebreaks.

In the Mens Doubles, Brachmanski and Mike Shaw defeated Durban and Steve Chilvers but Durban was not to be denied in the Mixed event, linking up with Jane Hampson to overcome Shaw and Davies.

And in the 100-plus mixed event, which attracted the biggest draw of all the events, Robin Chipperfield and Hampson won through in the final against Mark Brown and Davies.