Wolves On Tour – To WLTSC! 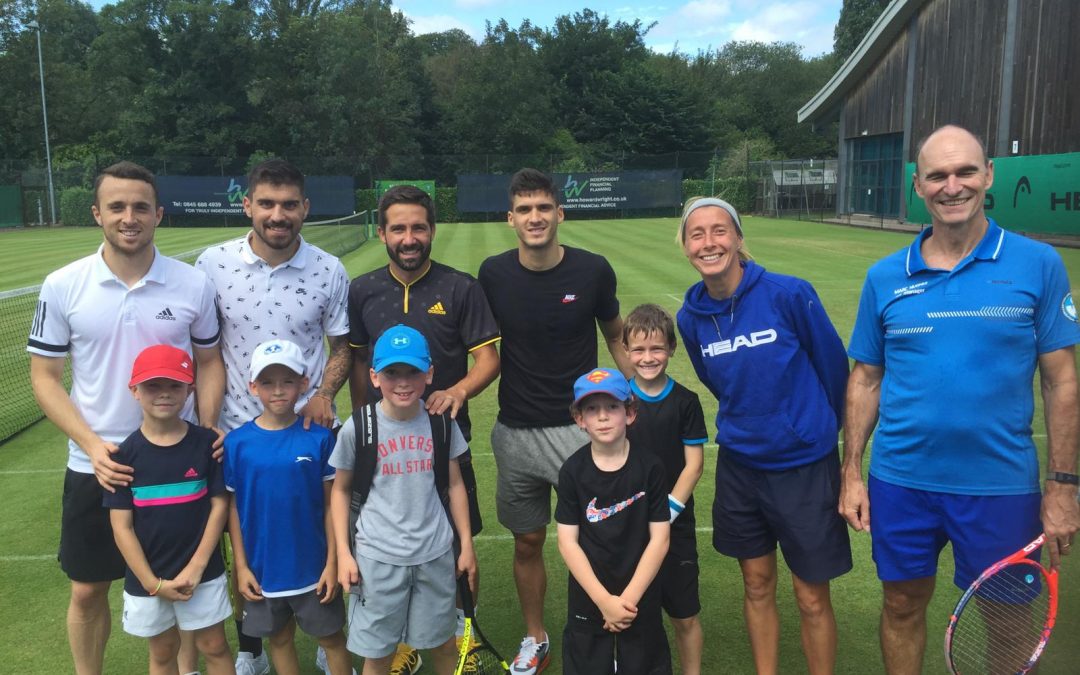 Wolves got their Europa League campaign off to a winning start against Irish side Crusaders on Thursday night.

And both goalscorers in the 2-0 win at Molineux – Diogo Jota and Ruben Vinagre – had clearly reaped the rewards of a gentle pre-season workout on a different kind of grass – the lush courts of Wolverhampton Lawn Tennis Club.

Joao Moutinho and Ruben Neves completed the Portuguese quartet who took to the courts for a spot of tennis during their pre-season, enjoying a couple of sets under the watchful eye of WLTSC Operations Manager Marc Hughes. 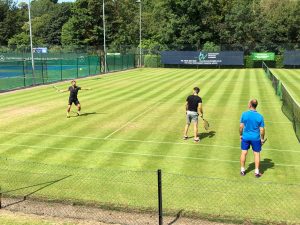 The fantastic foursome were then happy to pose with WLTSC coach Amber Quick and several of the club’s young performance players.

“With the club being situated just next to Wolves’ Compton training ground, it was great to see the guys pop in for a game on the grass courts,” says Marc.

“They had a bit of coaching before playing some doubles, and were very friendly and engaging when meeting some of our younger players.

“There is a long-standing positive relationship between ourselves and Wolves helped by their close proximity to us, and we would be delighted to welcome the players and staff again in the future if their schedule permits.” 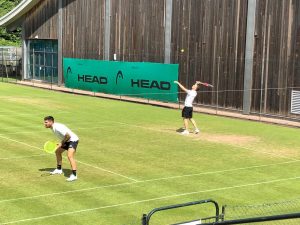 Prior to the Compton training ground being built, Wolves used to train on the pitches and then players such as Paul Ince and Matt Murray – and Paul Gascoigne whilst training with the club – used the WLTSC changing facilities and restaurant for lunch after training.

The club’s goalkeepers have previously visited for some keeper-based training whilst Port Vale’s goalkeeper Scott Brown, son of former much-loved WLTSC coach Pete, started his career in the club’s Academy.

Matt returned to WLTSC last year to officially open the club’s new strength and conditioning area known as ‘The Pit’.

Everyone at WLTSC wishes Wolves all the best for their forthcoming season.