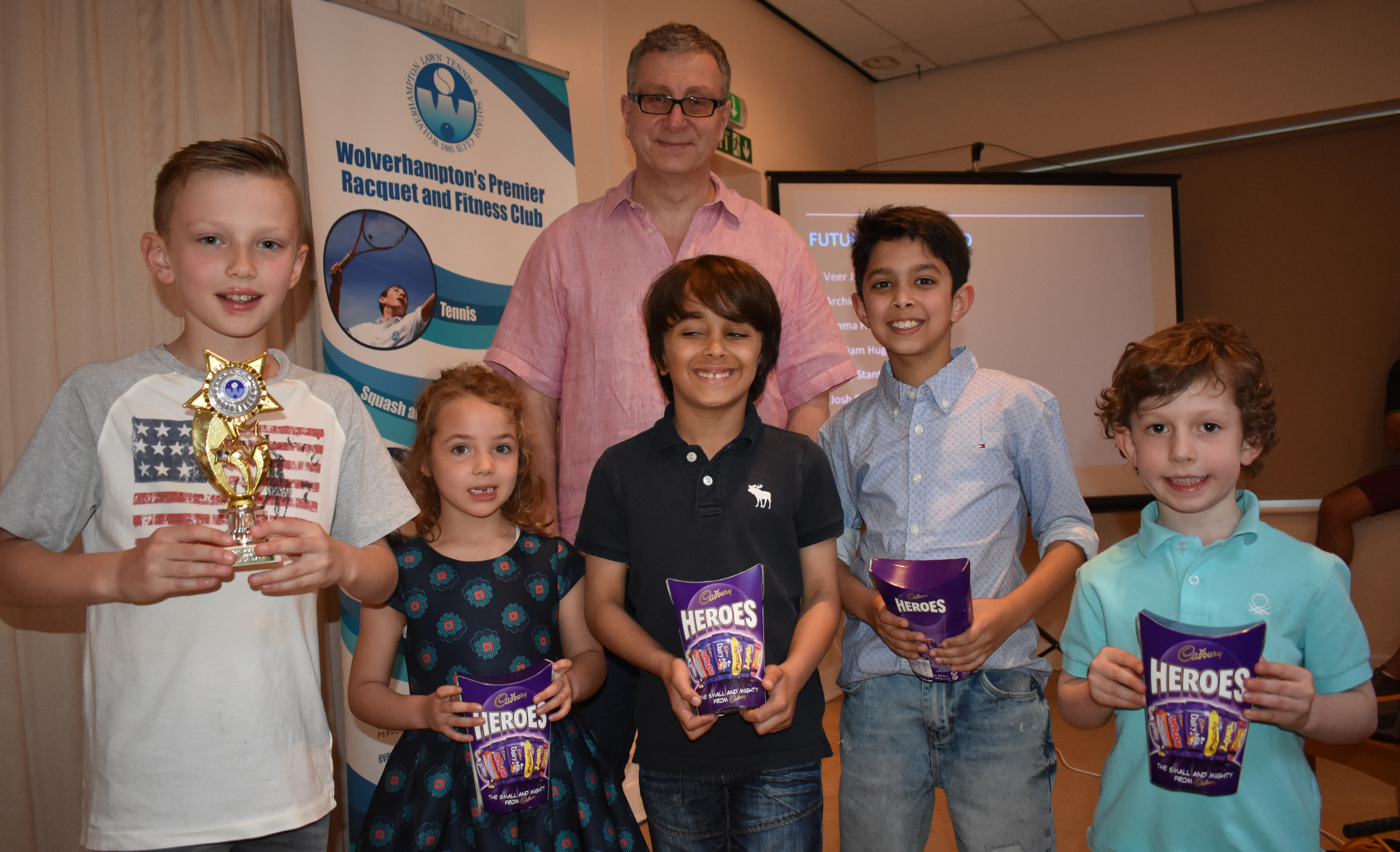 Over 100 players and family members attended the annual presentation night of Wolverhampton Lawn Tennis and Squash Club as a celebration of another fiercely contested club junior championships.

The graded event, which saw players from Under-eight to Under-18 level do battle against others of similar ability in singles and doubles, was rounded off with an excellent Finals Day with a high standard of competition.

In the Under-18 boys final, Finley Cook overcame Ed Cooper whilst Evie Giddings was crowned Girls Under-18s champion by virtue of a win against Yana.

Harry Spear emerged as boys Under-14 champion with a finals day win against William Hale while Cyla Basran won the Girls Under-14 title thanks to victory against Hetty Willis.

Josh Davies was crowned under-10 Boys champion with a win in the final against Toby Welsh.

“It was another very good tournament, and the way it was graded encourages both the better players and those who are not perhaps Performance players to enter,” said Paul Hodgetts, Everypoint Rackets Manager at WLTSC.

“They all know they are going to be up against players of similar standard, and what is particularly nice about the ‘A’ and ‘B’ draw is that it gives other players the chance to enjoy that experience of playing finals.

“It was a great Finals Day with a buzz around the club and the players all supporting each other, and our former juniors, and other club members, helping with the umpiring.

“There was a great standard of tennis, and also of competition, and that is what we saw throughout the tournament.

“There were a few tears when players lost, and that is not necessarily a negative because it shows how much they care, and a good level of competitiveness and honesty in the matches, and these experiences all help with the learning process.

“The finals were followed by a really well-attended Presentation Evening, with a range of different awards on offer not just based on high performance but also attitude, development, and which players have made the most progress over the last 12 months.

“It also gets the players, coaches and parents together off court as well, getting together socially and building those relationships which is what being a successful club is all about.”

WLTSC offer a thriving junior programme with various coaching opportunities to enjoy for players of all levels.