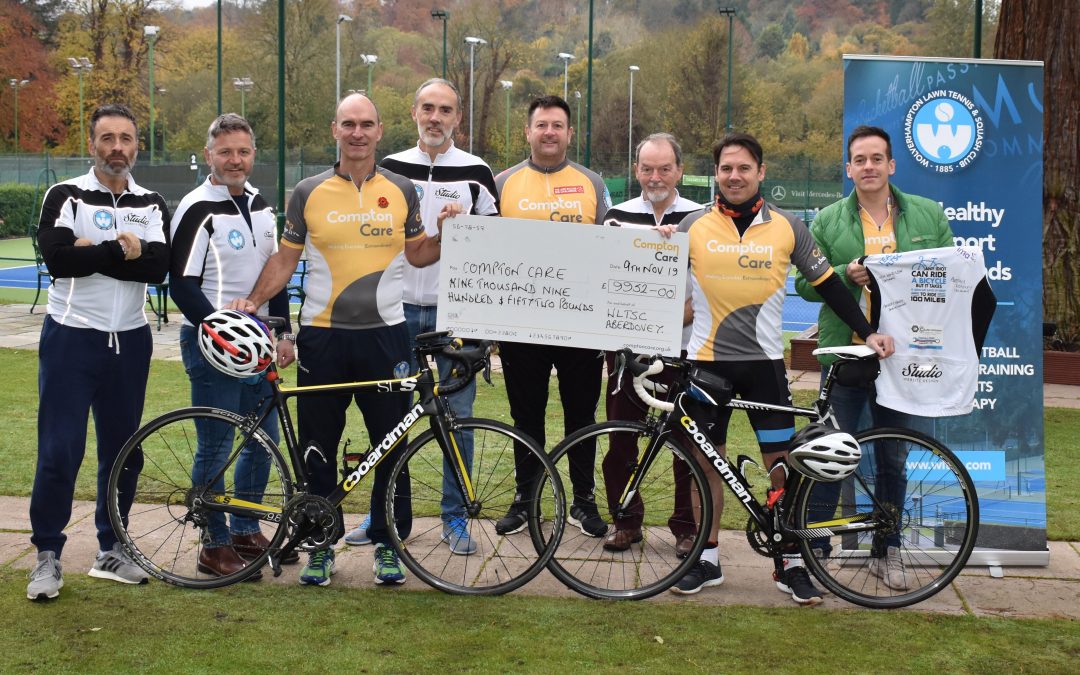 WLTSC has handed over almost £10,000 to Compton Care after another fantastic fundraising effort at this year’s Wolverhampton to Aberdovey bike ride.

A team of almost 50 cyclists took part in the annual charity cycle back in June covering the 104-mile route, with WLTSC Operations Manager Marc Hughes and Head of Fitness Paul Fothergill covering the four-day challenge of 400 miles.

The money raised by the team, and further fundraising, has seen a cheque for £9,952 handed over to Compton Care.

The charity’s Community Fundraiser Sally Woods visited WLTSC to meet some of the cycling team and officially receive the cheque.

“I just wanted to say thank you to everyone involved,” said Sally.

“To raise almost £10,000 is an amazing amount and will make such a difference to our patients and their families.

“It was a great effort from everyone, both the cyclists and everyone involved in the fundraising.”

This donation is the latest in a long line of WLTSC members supporting various local charities, and Compton Care has also regularly benefitted from the bi-ennial Lord Bilston Big Challenge organised by personal trainer Brendon Turner in memory of his Dad, Dennis.

“It has been another quite amazing year,” says Marc.

“We have got a wonderful team of people now taking part in the Aberdovey ride, built up over the last three years.

“We are all so proud to be representing the club in this way and raising money for a wonderful charity which is in the hearts of so many people at the club for the support they have offered to friends and family members.

“I would like to thank everyone for all of their efforts and also Compton for their support, and we are all looking forward to taking part again next year when hopefully we will be able to get even more numbers.”