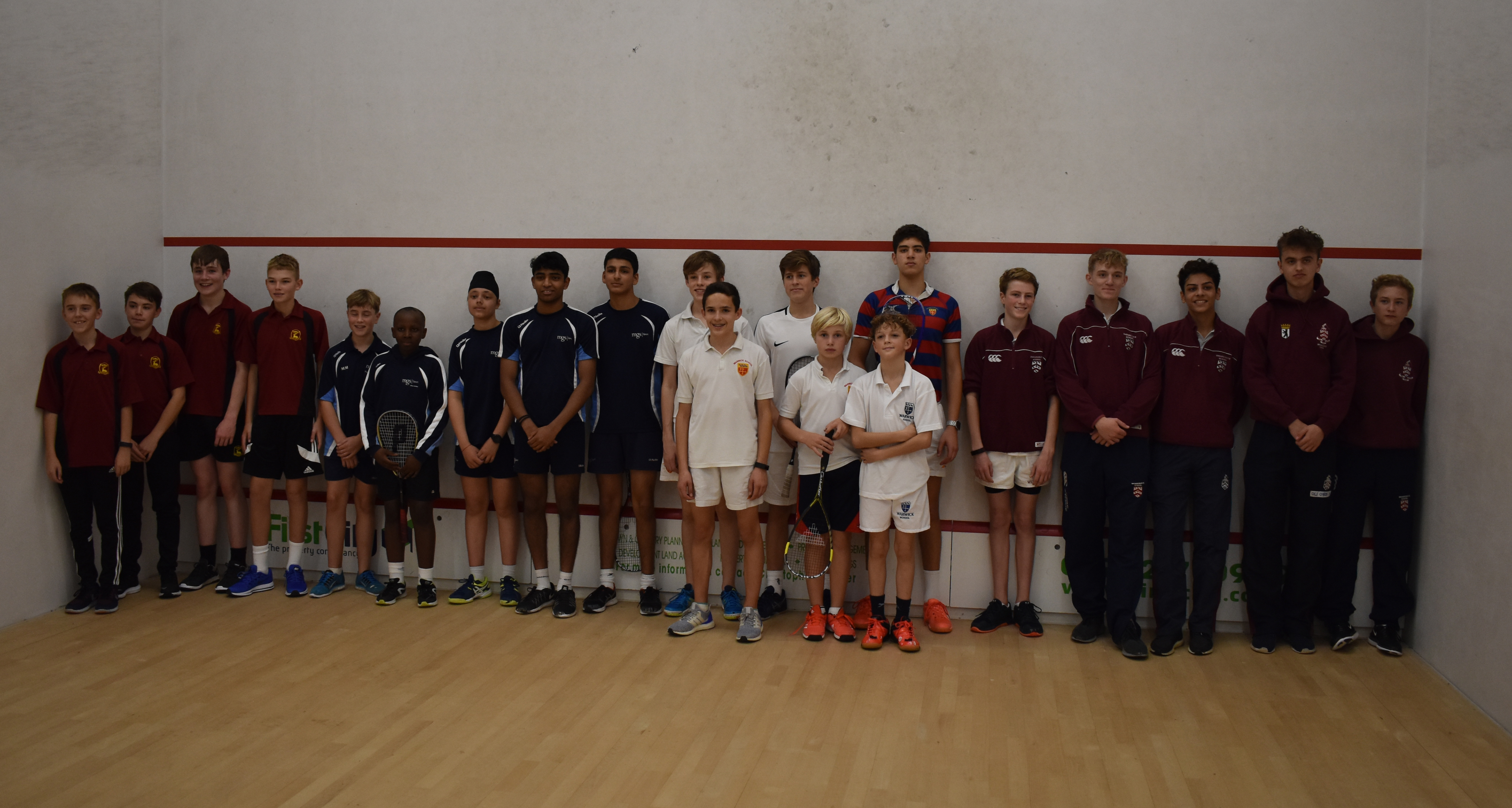 Wolverhampton Lawn Tennis and Squash Club were delighted to welcome young squash players from across the country as they staged the first round of the National Schools Under-16 Championships.

The first stage of the England Squash competition saw teams from Manchester Grammar School, Tytherington School from Macclesfield, Bromsgrove School and Warwick School do battle for the right to proceed to the next round.

Mark Walmsley, Director of Sport at Manchester Grammar School, was also tasked with organising the event and was delighted with how the competition played out at WLTSC on Wednesday.

“With the locations of the schools involved, looking for something in the Midlands was always our aim, and finding the club at Wolverhampton was perfect for us,” said Mark.

“From the moment I first spoke to (Operations Manager) Marc Hughes, the club were extremely helpful and the facilities were absolutely first class.

“Everyone had a great day and I would have no hesitation in recommending the club to other people in need of running similar competitions.”

Students from each school played each other with all the points gained then totted up, and bonus points awarded for victories, to determine which two schools went through to the next round-robin stage.

It was Manchester Grammar and Warwick who made progress to the next round, from which the top two schools will then qualify for the finals in Nottingham, with the other two schools, Bromsgrove and Tytherington, going into the Plate competition.

“Any school in the country can enter this competition and all those who did were then put into pools of four,” added Mark.

“It is a great chance for both boys and girls to play competitive squash, a sport which has been thriving at our school for a good few years now.

“We are privileged enough to have a facility with two squash courts, which brings a responsibility to create as many competitive opportunities as we can.

“The competition on the day was absolutely superb, with so many close games, and everyone enjoyed the experience.”

Marc Hughes was delighted that WLTSC was available to host the competition, hot on the heels just a week-and-a-half after welcoming 181 players of slightly older ages to take part in the West of England Squash Masters.

“We are always delighted to take the opportunity to showcase the club and our facilities to visitors and to host the National Schools event not so long after the Masters was another great opportunity,” he said.

“It was great to welcome the four different schools to WLTSC and to see some real talent and enthusiasm for the sport from the young players.

“We hope they enjoyed their experience at WLTSC, and wish them all well for the remainder of the competition.”