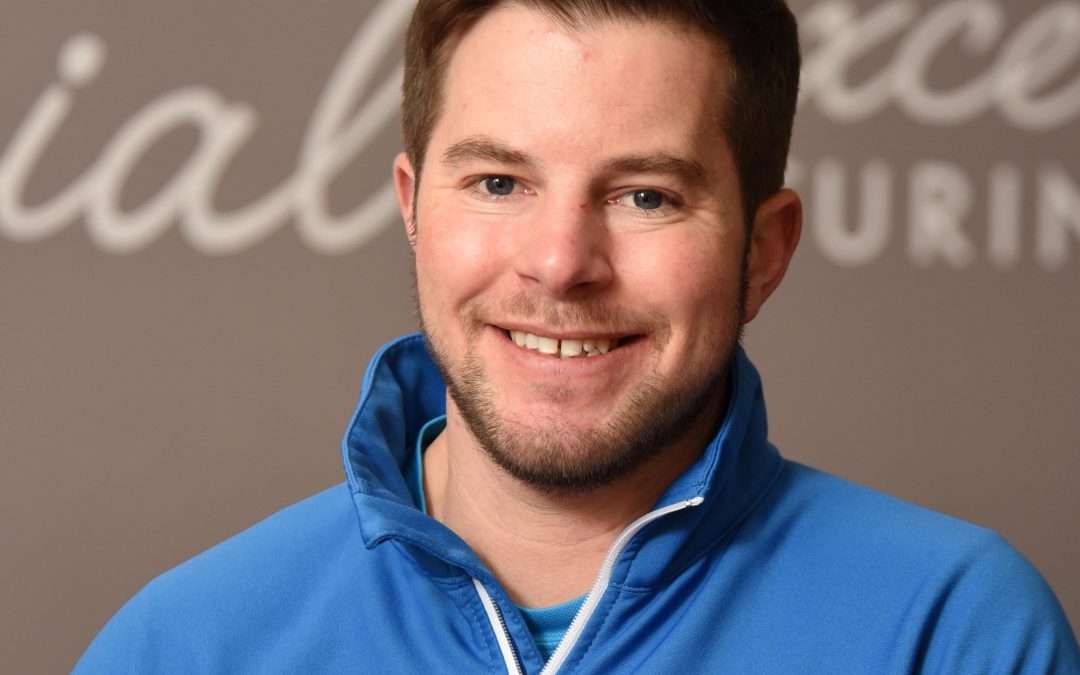 Tributes have been paid to long-serving tennis coach Paul Hodgetts ahead of an emotional goodbye as he leaves WLTSC to take up a new career outside of tennis.

In highlighting the many achievements of Paul during almost two decades at WLTSC, Operations Manager Marc Hughes has praised his impact at so many different levels of the club’s coaching programme.

Paul arrived at the club on the recommendation of Alan Morgan, developing his tennis and squash coaching skills under the guidance of Pete and Liz Brown, and tennis later with Simon Fellows and Stuart Twigg, before becoming Everypoint Rackets Manager in 2011.

Not only was he a huge asset to the club as a coach but also as a player, representing the first team for 17 years – often as captain – and turning out for Staffordshire at senior county week.

But it is his impact as a coach, from beginners of all ages through to performance players, where he leaves a considerable legacy.

“He organised and led tennis trips abroad to academies and tournaments and, through full time player squads, created a pathway for players such as Nikki Prosser (Parkes), Nick Morris, Henry Parry, as well as national champions and American university graduates.

“With great teamwork and leadership Paul has produced a thriving programme with tennis for all abilities including Rusty Rackets and Beginners’ courses.

“He has increased our internal league and tournament participation and Staffs tennis teams from eight to 13, introduced a Coaches Cup, FA Cup, Team Training, Cardio Tennis, wheelchair sessions, trips to Spain, Torquay and the O2 arena.

“He inspired beginners to go on and become team captains and helped lots more to fulfil their potential and enjoy tennis.

“Paul has mentored tennis apprentices such as Gregg Spooner, Max Thomson and more recently Tom Welsh, and leaves us in good order with an exceptional team of coaches.

“He has done a fantastic job in so many different areas of the club and we all wish him every success in the next chapter of his career and look forward to continuing to see him at the club as a member.”

Marc has also revealed that it has been decided that with Paul’s extensive contribution impossible to replicate with a like-for-like replacement, responsibilities will be shared between the existing coaching team as follows:

Marc added:  “Together they are a formidable team and will continue to work closely with our Tennis Committee and myself to continue the improvements and the legacy created by Paul.”

WLTSC Chairman John Hollingsworth has also thanked Paul and wished him well for the future.

“After a long and amazingly successful career at the club, Paul has decided to explore new opportunities away from tennis to expand his experience and knowledge,” said John.

“We wish Paul and wife Rosie all the very best for their future together and thank him wholeheartedly for his dedication, loyalty and outstanding time at the club as a coach and our Everypoint Rackets Manager.

“We hope to see him back on court at WLTSC in the future.”

Members will be bidding a fond farewell to Paul following his final club night with a gathering in the bar and restaurant this evening.