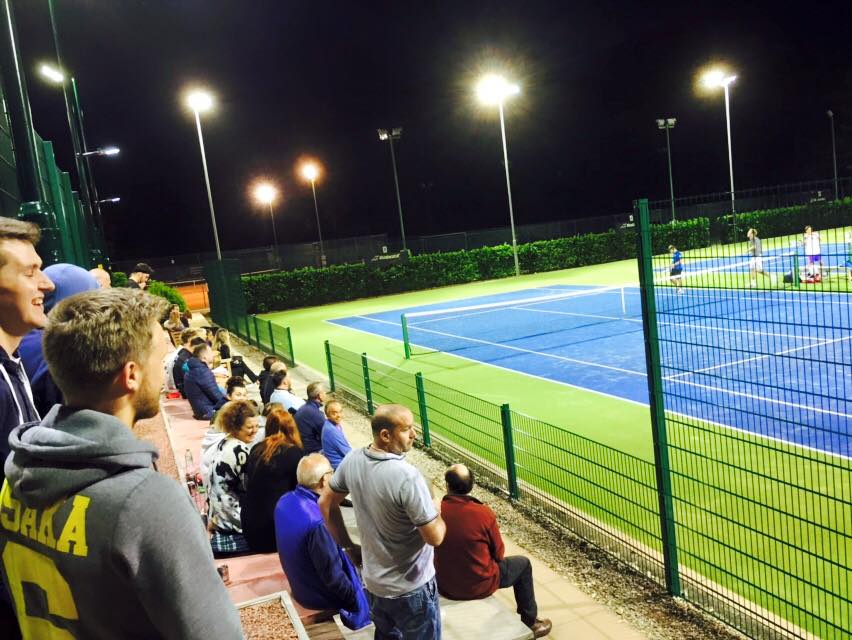 The challenge of encouraging more people from Wolverhampton to play tennis has underpinned the launch of a Community Tennis Network, which has made an encouraging start.

Wolverhampton Lawn Tennis and Squash Club has been enlisted by the LTA to lead the network, encouraging teamwork with other clubs and organisations to try and persuade more people to take to the court.

The positive steps since the initiative began have already led to a promising link up with the University of Wolverhampton, which is now planning to run both tennis and squash teams as well as offering scholarships.

“The LTA approached us because they are following a slightly different strategy now,” says WLTSC Operations Manager Marc Hughes.

“They have recognised that even though they have LTA staff out and about in the regions, it is very difficult for them to get out to every club, particularly as each club, and indeed each area, has its own different challenges.

“We were approached as the club with the largest membership in the area to create this Community Tennis Network and build up as much information as we can for the LTA about grass roots tennis in and around Wolverhampton.

“With the help of a consultant, Rachel Scott, we have been getting the message out there and contacting any venue that may have an interest in tennis or have some courts.

“The aim is to kick-start tennis in Wolverhampton, to get more people active and playing, and develop the most vibrant and diverse Community Tennis Network in the country.

“We started in January and have had a great response, with two meetings involving all of the different groups, and many more visits out to clubs and venues.”

So far links have been forged with almost 20 other clubs, schools and organisations, including Wolverhampton City Council and the University.

WLTSC are also delivering regular community tennis sessions, many of them free of charge, at venues such as Aldersley and West Park.

“The community sessions have worked very well, and we are delighted to have started this link-up with the University of Wolverhampton which is going to be a real success story,” added Marc.

“We had no links with them previously but they are now planning to have a tennis and squash team with us from September and also deliver some scholarships.

“The LTA’s view is that there are enough tennis courts in the country but not enough people playing on them.

“So how do you make them more accessible?

“We are in the process of formulating an action plan for the Community Tennis Network to present to the LTA.

“We will continue to lead on the initative but the more people that come on board, and come up with ideas, the better.

“It is also about sharing best practice between us all whether that be regarding equipment, court surfaces, contractors or coaching programmes.

“Instead of being competitors, the network is about collaborating and working together in partnership, and seeing what works and what doesn’t.

“We know there is a big interest in football in Wolverhampton, but there are a quarter of a million people in the city and only 3,000 play tennis on anything like a semi-regular basis.

“We would like to get that figure up to ten per cent of the population, so approximately 25,000 people.

“That is a sizeable target but one which we believe is achievable, as we all aim to make tennis in Wolverhampton a popular sport for 12 months of the year.”