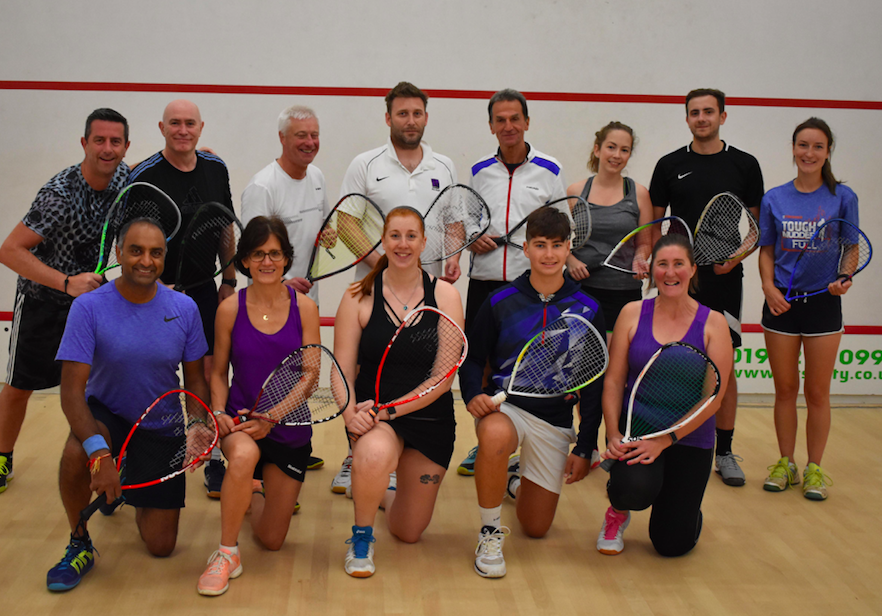 More and more WLTSC members are continuing to enjoy playing racketball, with two weekly mix-ins providing a fun and friendly experience of the sport.

The mix-ins take place on Tuesday evening, from 6.30pm-8pm, and Saturday mornings, from 11am-noon.

The Saturday morning sessions are led on a voluntary basis by Helen Tottey.

“Our numbers have been increasing, with new members coming along on a Saturday morning and also a lot of members who have been here for a while giving racketball a go,” says Helen.

“It is a great group, and everyone is very friendly.

“We play games with two people on court, three or even four, there is a variety of things we can do to keep everything moving and make sure no one is left out.

“It is all good fun, and we recently had a family start coming along as well which has been great.

“A third mix-in also starts after the clocks go back in October, from 5pm-6pm on Sundays, as we find a lot of people want to play racketball as the evenings draw in.

“After the sessions people can sometimes arrange to meet up and play each other at a separate time, or join one of the racketball leagues.”

Racketball has become popular as the ball bounces higher than in squash, so can be easier on the joints, and is played with different-sized rackets.

“There are a lot of people that used to play squash that are now playing more racketball,” adds Helen.

“From my point of view, I was no good at squash, because the ball would die and I wouldn’t try very hard to reach it.

“In racketball the ball bounces higher, and there is more motivation to get to shots and keep the rallies going.

“Rallies can go on for far longer than squash, so it is a very good sport for fitness, and it is not as demanding on your knees and joints.”

WLTSC Head of Squash and Racketball Chris Dawson recently started a Walking Racketball initiative which is suitable for beginners as an introduction to racketball, for those who suffer from joint complaints or those returning to sport after a physical or neurological injury.

This includes a free 30-minute introductory session – contact Chris on (07884) 133775 or email squashcoachchris@gmail.com

It is also now long now until the first tournament of the Winter season with the Dave Smart Racketball tournament. This tournament is based on a handicap system of scoring, making the matches as even as possible. Entries open on September 16th ahead of the tournament getting underway with the finals taking place on Friday, October 18th.

Neil Patel, recently-appointed Chairman of Squash and Racketball, said: “One of the greatest
attributes of WLTSC is that it offers a warm and welcoming environment to get healthy, play sport and make friends.

“We have a thriving squash and racketball facility that inspires all ages from five to over 70, catering for all abilities.

“As well as the Masters and Carvers Cup, we continue to offer our regular Mix-ins, a great network event that mixes an active session with the opportunity to find new playing partners.”

*If you would like to join the racketball leagues, please add your name to the sign up sheet down at the courts (next to the mycourts screen) and you will be entered in the following month’s leagues. 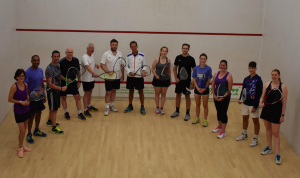