Making A Racket In the Dave Smart Handicap 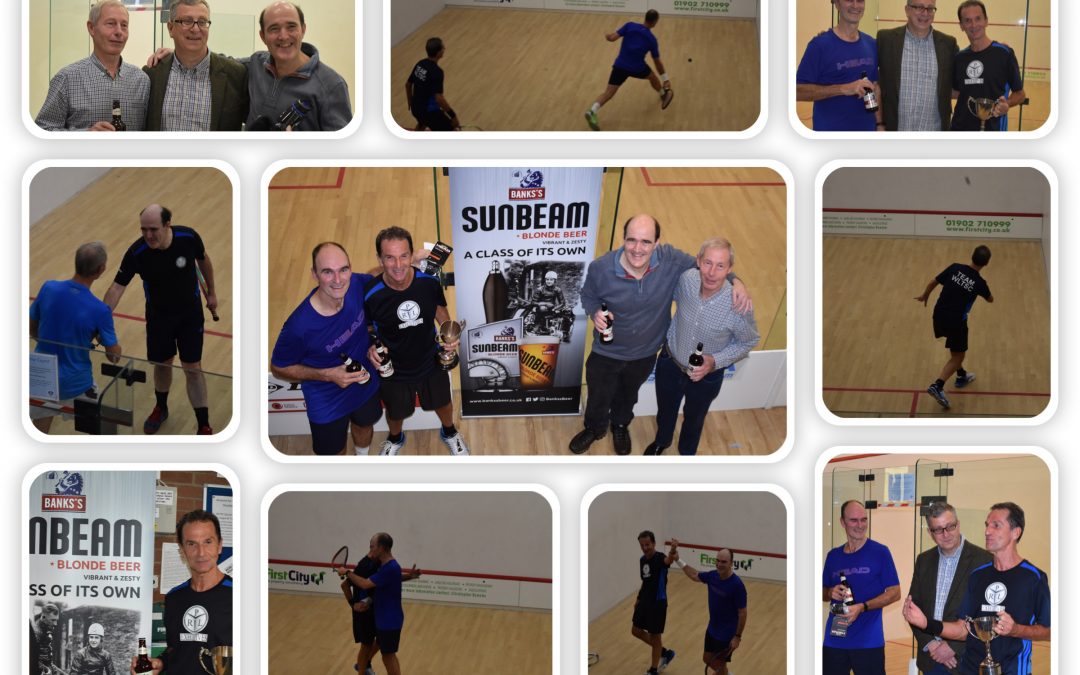 A great Dave Smart Racketball handicap competition was brought to an end with an exciting finals night played out in front of a decent crowd at WLTSC on Friday night.

Jonathon Evans defeated Mike Rawlings in the final of the Plate competition, before Steve Pearcey and Marc Hughes took to the court for the main event.

In an exciting contest which ebbed and flowed it was Pearcey who prevailed 3-2, after which there was a presentation led by Head of Squash and Racketball Chris Dawson with the prizes presented by Club Chairman John Hollingsworth.

A total of 46 members took part in the tournament, sponsored by Banks’s, which featured a handicap system aiming to even up the matches, which was rewarded with some superb games during the competition.

Thanks go to Chris and Guy Birkett for leading the tournament, Andy Hepworth and Beth Grinsell for the promotion, and Andy and Rod Willetts for umpiring on finals night.

The Carver Cup, the annual squash handicap competition sponsored by Carvers. Is now open for entries. Keep an eye out and put your name down for what should be another great competition, especially in the 80thyear of WLTSC being situated at Newbridge Crescent.

And anyone who wants to improve their skills with a spot of individual coaching can contact Chris Dawson on 07884 133775.