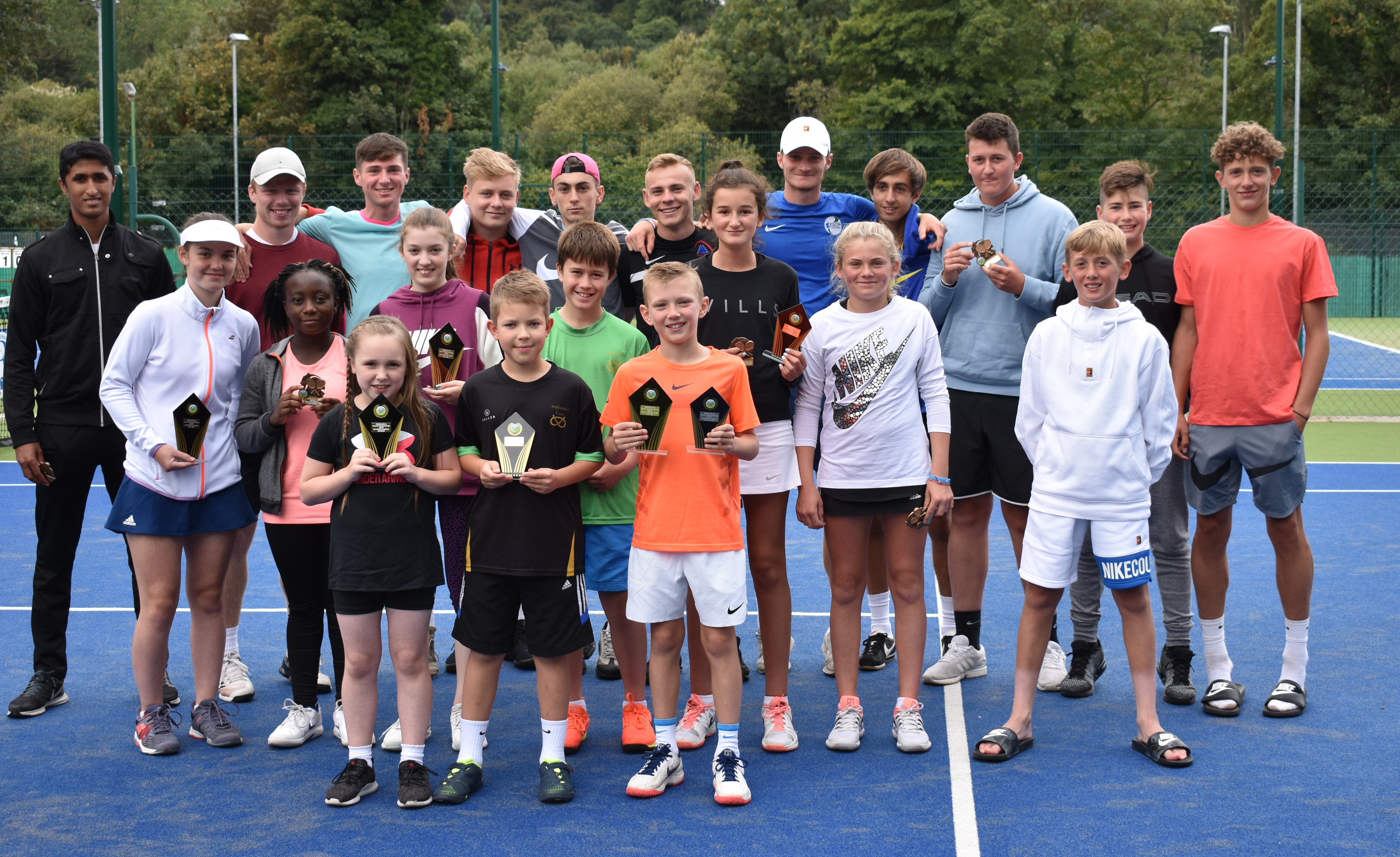 Finley Cook and Eloise Yates were among a string of fine performances at the 2018 Staffordshire Annual County Championships at Wolverhampton Lawn Tennis & Squash Club.

Cook and Yates were named Male and Female Players of the tournament respectively after winning both singles events they entered, Cook the Mens’ and Under-18s tournaments, and Yates the Under-18s and Under-16s female events.

A number of other players who had competed in the previous week’s National Championships were back on Staffordshire turf including Henry Trump – who had been runner-up in the Under-12 nationals – Max Walker, Josh Davies, Josh Coghlan and Mae McCutcheon.

Players from across Staffordshire competed in a total of 17 main events, from Under-9s up to Over 45s, and there were also numerous consolation events which followed for those making early exits.

“There were a lot of great matches taking place during the week and the standard of the semi-finals and finals was of particularly high quality,” said Nick Morris, Performance Coach and Tournament Referee.

“It is good to see Staffordshire developing players of national and high regional standard, which will hopefully transmit into the fortunes of the county teams.

“This is a great facility for us to host the event as well, and I think counties across the country are all realising that a tennis club is a really good venue compared to perhaps a tennis centre.

“There is a homely feel to the tournament, and the young players can spend all day here in a really good spirit.

One particularly keen rivalry was between friends Trump and Sol Shahar.

Meanwhile Shahar’s win over Trump’s older brother Oscar, on the first day of the event and also via a Championship tie-break, was named as the Match of the Tournament.