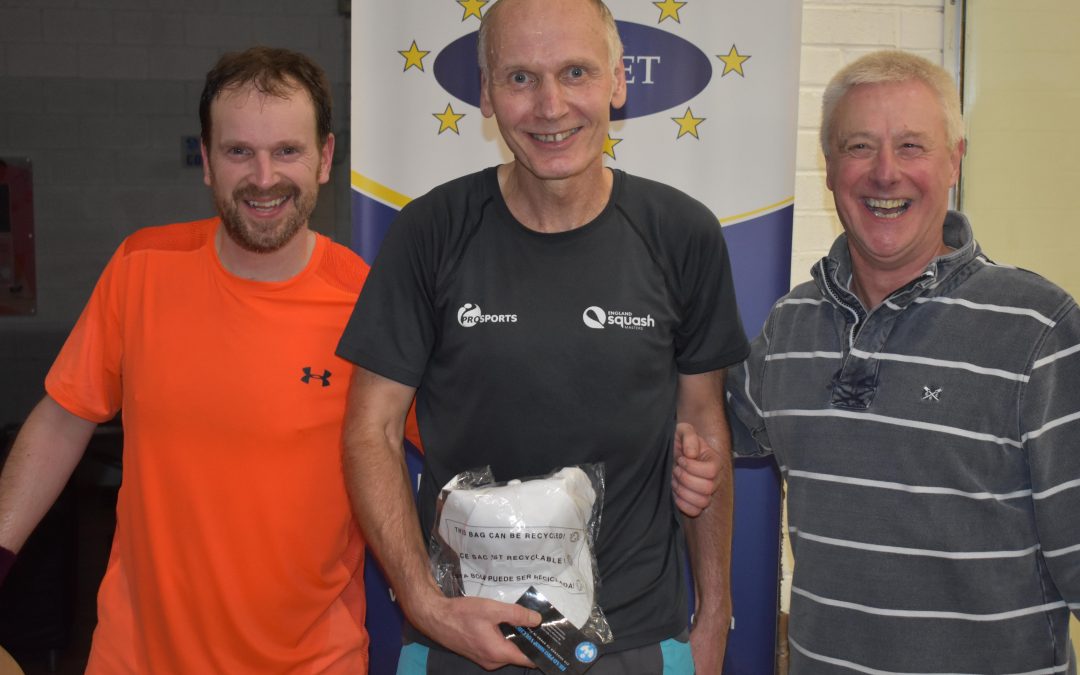 Ice-cool Robin Chipperfield chalked up his third successive title in the Annual Racketball Championships at Wolverhampton Lawn Tennis & Squash Club – but had to come from two games down in the final to complete his impressive hat trick.

Chipperfield found himself behind to the club’s Head of Squash and Racketball Chris Dawson, after two tight opening games ended in 11-9 and 16-14 scorelines.

But he stayed calm and composed, winning the final three games 11-9, 11-6 and 11-2, after a fantastic final enjoyed by a sizeable crowd at WLTSC.

It was a fitting end to three weeks of intense competition in the championships, sponsored by Expocet, with a total of eight different competitions giving all entries a chance to make progress.

The ‘A’ Plate final was won by Operations Manager Marc Hughes, defeating Rami Labib in the final, whilst the ‘B’ Main Event went to Steve Pearcey as he defeated Tim Edwards.

The ‘D’ main draw was won by Cathy Grinsell thanks to success in the final against Rob Binnion, and the plate went to Tom Dews after his win over Mollie Parr.

WLTSC Chairman of Squash and Racketball Guy Birkett said:  “With a record entry this year, the growth in the popularity of racketball across all ages and abilities continues to be a real success story at WLTSC.

“The crowds were treated to some wonderful displays of skill and fitness which I am sure will inspire others to come and give it a try.“

The WLTSC squash championships are the next big event on the calendar, with finals night scheduled for April 13th.

*Robin is pictured with Chris and Martin Thomas, from tournament sponsors Expocet.