Tennis In The Community 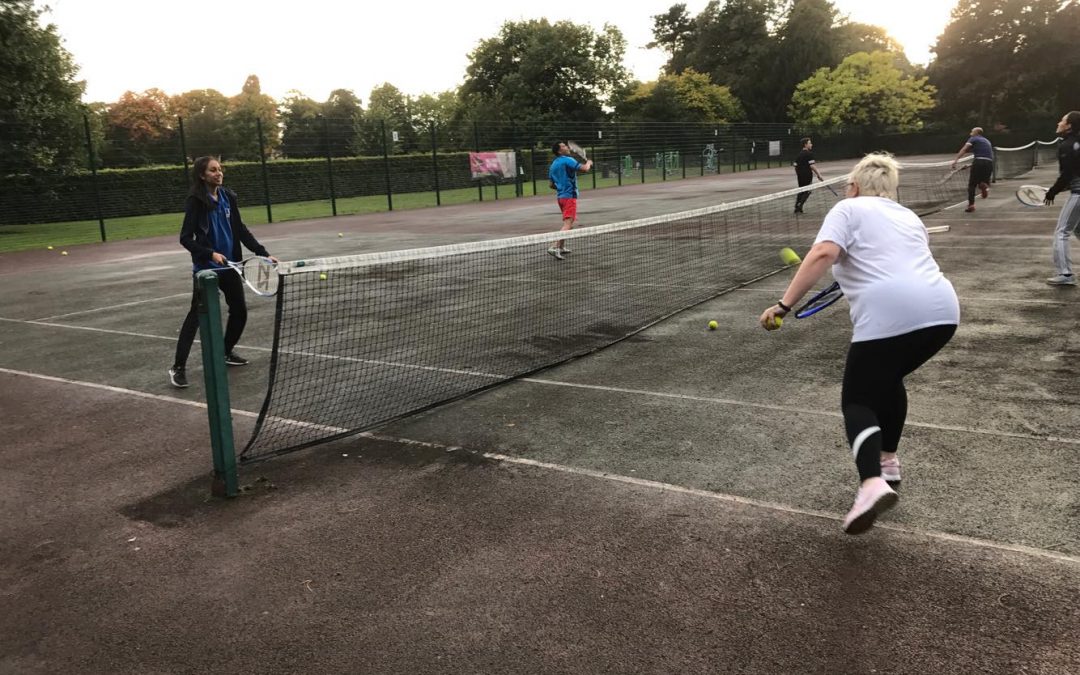 Wolverhampton Lawn Tennis and Squash Club are aiming to take tennis out into the community – as they also step up plans to improve the club’s facilities.

WLTSC, based in Newbridge Crescent not far from Tettenhall, have been selected by the Lawn Tennis Association as the lead club in the region to co-ordinate efforts to get more people involved in the sport.

Whilst Wimbledon traditionally sees an upsurge in the general public taking to the court, the over-riding ambition is to improve numbers all the year around.

“The LTA is always keen to try and get more people playing tennis more often, and has tried different strategies in order to achieve this,” says WLTSC Operations Manager Marc Hughes.

“They have recognised that in many regions there might be a club which has the potential to be the centre of getting more people involved in the sport.

“They have engaged with us in that respect and we are delighted to have been asked to lead the Wolverhampton Community Tennis Network.

“With the help of Rachel (Scott), our (grants) consultant, over the last six months we have been able to get many different venues involved in the network.

“It is about finding venues where there are tennis courts, asking them if they want to be part of the network, and then sharing best practice, be it with the courts or the coaching, or just generally trying to get people more active.

“We have managed to link in with different schools, with the council at venues like West Park and Aldersley Leisure Village, other clubs such as the Albert, Brewood and Wombourne, and now the University of Wolverhampton have also come on board.

“We have had two meetings so far where everyone belonging to the network comes along.

“We can discuss different things, share ideas, bring in guest speakers, and hopefully help everyone develop tennis at their respective venue.

“We know we are in a big footballing area, but there are also good tennis players across the region as well and the potential to find more.

“The Community Tennis Network is about working together to try and switch on ‘Tennis in Wolverhampton’.

“Hopefully, if that all goes well, it may lead in to being able to access some funding from the LTA.”

And that is where WLTSC are keen to make improvements to their own club to benefit the community, both from their own fundraising but also by applying for support from the LTA.

“We have recognised that to encourage more people to enjoy playing tennis and squash and other activities we need to make improvements,” says Club Chairman John Hollingsworth, who has been playing tennis at WLTSC for 40 years.

“And we need to expand our facilities.

“That would involve better changing rooms, better accessibility, and generally just improving the services that we offer our membership.

“We’d love to try and make it a real hub for the local area, and a base for the Community Tennis coaches from other clubs to access as well.

“So we are trying to link in with the LTA and their Transform British Tennis Together initiative to access support which, along with other fundraising, will help us improve the facilities and make it the best place for people to come and enjoy playing racket sports.

“It is about trying to take ‘Tennis in Wolverhampton’ forward and hopefully try and generate the next generation of Andy Murray’s.”

There are different ways of improving the facilities depending on the funding available but the key ambition is to provide a better service to members which will also help with the club leading the Community Network.

“We want to make the club easier to move around, installing a lift from ground floor to top floor, to help people come here and be active with whatever it is they want to do,” added Hughes.

“That is a big driver for this project, to address accessibility and make us more fit for purpose for the next 20 to 30 years.”

*We plan to bring you a feature on WLTSC’s Community tennis programme very soon.