The Masters Of Squash Grace WLTSC 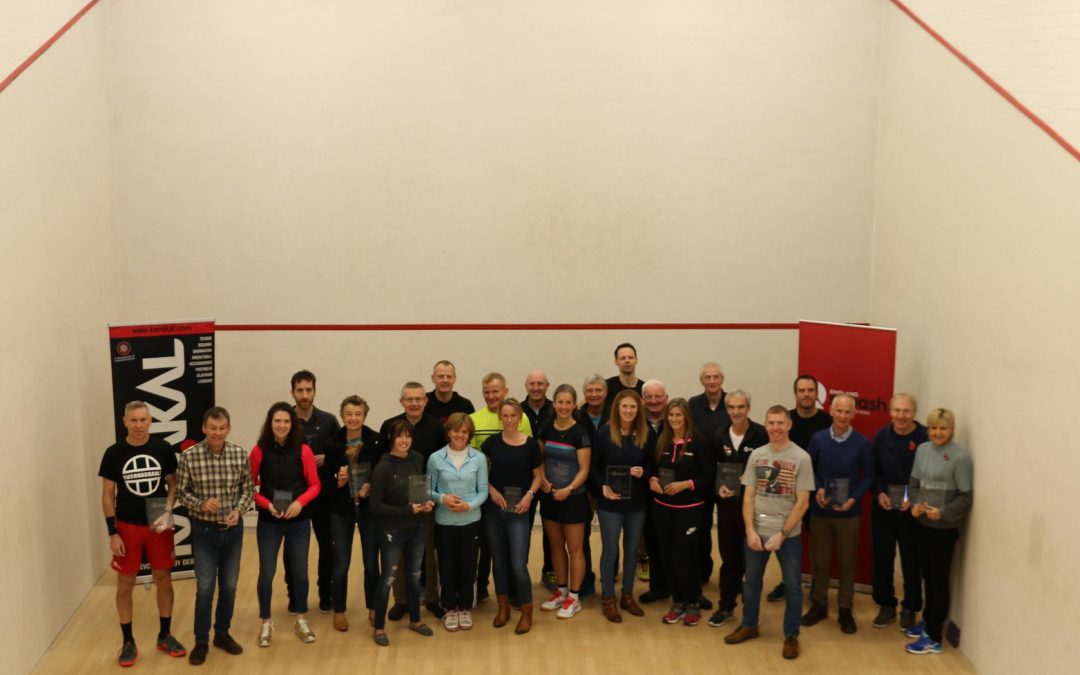 WLTSC has welcomed top squash players from all over the country as almost 200 took part in the Midland Regional Masters.

One of the five countrywide events which take place for age groups from Over-35 to Over-80s, WLTSC was again proud and delighted to be selected to host the three-day event which saw the courts packed and a fantastic atmosphere of fun and competition.

Many club members also took part in the event, pitting their wits against the very best veteran players from across the country.

Still to come are Winchester (West) and Colets in Thames Ditton (South), with players picking up ranking points based in performance to try and qualify to represent England on the Home Internationals Circuit.

“What we are always looking for is to attract new members from the clubs we visit, and the tournament in Carlisle – the first time we had been there – was very successful,” said Brian.

“There are players who will come to every Masters event, but we also try and hook new players in each time we go to a venue.

“These players are able to join at a discounted rate, which hopefully attracts them to the Masters so that they are then interested in coming to future events or other regionals.

“The Midlands event finished up with a fantastic entry of 188 players, which was so successful that we also had to use another venue in Tettenhall College, mainly for the Plate competitions.

“We have Over-80s playing at the tournament, and when you think that some of the draws involve 32 players, some of these guys will play five matches over the three days.

“The impact that can have on the body is remarkable but it is a great advert for health and fitness.

“Wolverhampton has proved a really good venue again, particularly with the closeness and proximity of the viewing spectators to the action.

“We were also able to stream live on Facebook, sending the message out to everyone viewing, that they could come and watch the tournament and see some great squash.”

Of the WLTSC contingent, Jan Gromadzki enjoyed an excellent tournament by reaching the final of the Men’s Over 60s plate, while Jane Hatton was also a beaten finalist in the ladies’ competition.

Elaine Radcliffe, who has previously represented WLTSC at squash, was the winner of the Over 35/40 Ladies Plate, while Simon Newell, one of the coaches at the Sunday Boast session for families, was runner-up in the Men’s Over-35s Plate.

Marc Hughes, Operations Manager at WLTSC, was delighted that the club were again able to host such a prestigious three days.

“We were thrilled to once again be selected to host the Midlands Masters, which was again organised so impressively by Brian and his team,” said Marc.

“It is always fantastic to see the squash courts full, not to mention to welcome so many spectators, as well as giving our own members the chance for some competition against some extremely good players from across the country.

“We are really trying to step up our squash and racketball activity at the moment, encouraging players of all ages and abilities to take to the court, and being able to host the Midlands Masters gives us a major boost in encouraging more people to become interested in the sport.” 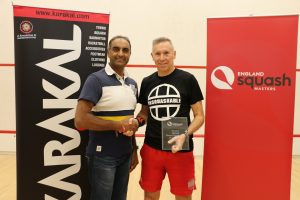 Neil Patel, Chairman of Squash and Racketball at WLTSC, presented some of the trophies at the end of a great weekend of sport.

Neil said:  “I am proud that the WLTSC hosted this event,  and the energy, passion and commitment showed by players from all over the country has inspired, engaged and motivated us all.

“This event showcases not only talent but also that this is a sport for life and its inclusivity has resulted in encouraging players at all levels and ages to participate.”