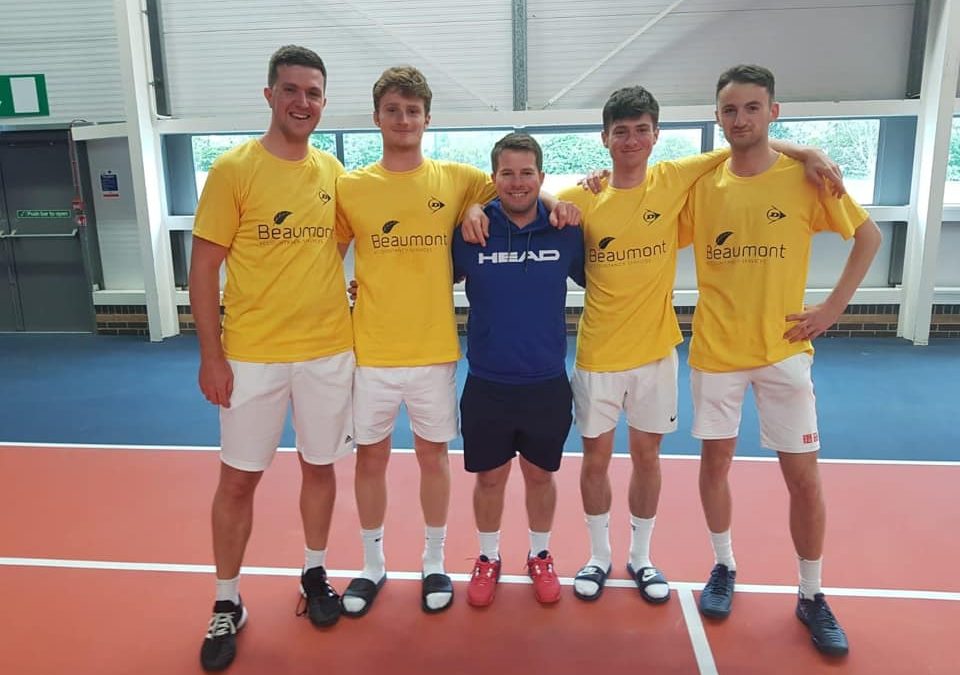 Wolverhampton Lawn Tennis & Squash club can count themselves among the top dozen tennis teams in the country after reaching the finals of the National Premier League.

For the first time, the team from WLTSC finished top of the eight-club Midlands region to book a place at last weekend’s finals in Sunderland, alongside the cream of doubles partnerships from across the country.

Defeats against West Bridgford eventual semi-finalists David Lloyd Sunderland denied WLTSC any progress from the group to the knockout stages, but the club took heart from the experience and have immediately set their sights on returning next year.

“It was a great experience for us at the National Premier League club finals, in what was the first time the club has ever made it,” said team captain Paul Hodgetts.

“The team did us proud and, while we didn’t make it through to the knockout stages, the lads put in a great performance and we will work as hard as possible to qualify again next year.

Qualification was achieved following a packed fixture programme from October to February, each fixture consisting of two pairs playing each other, which saw WLTSC top the table ahead of rivals Edgbaston Priory, Ellesmere College and Warwick Boat Club.

“The league is always based on the respective ratings of the players, which makes it a very high standard,” added Hodgetts, also Everypoint Rackets Manager at WLTSC.

“It’s a great achievement at such a high-level event, and so, while we were disappointed not to reach the knockout stages, it is an excellent achievement to have got there.

The WLTSC main four of Fin Cook and Tom Welsh, and James Henderson and Henry Parry, were joined by Hodgetts and several club members in attending a gala dinner before the event, which featured guest speakers Judy Murray and John Hartson.