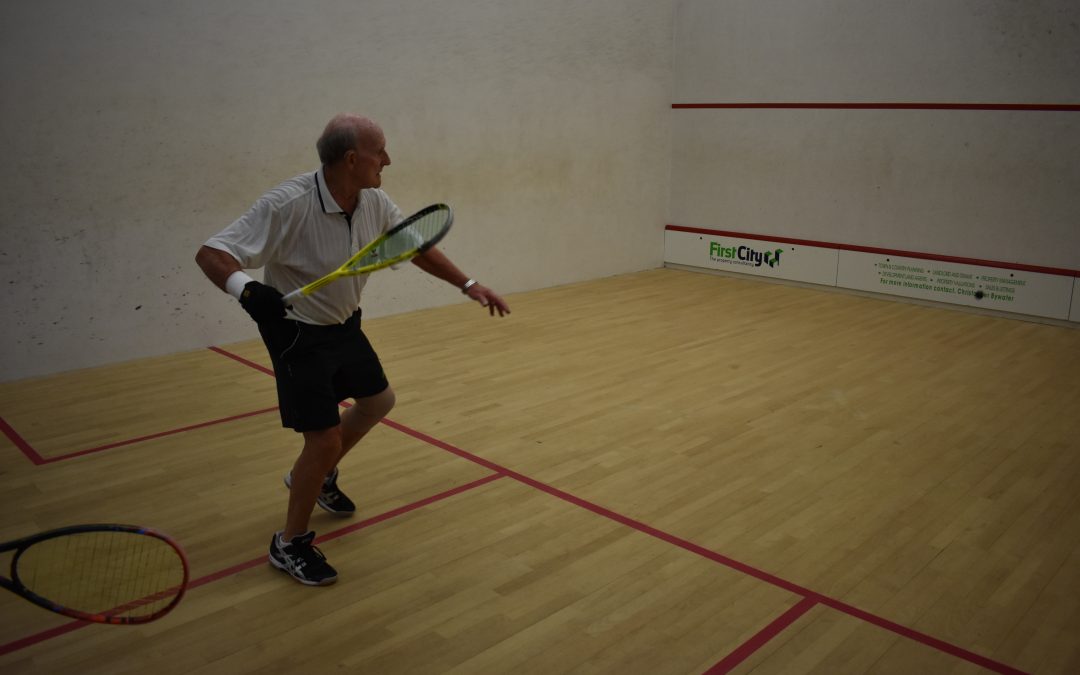 A report from the British Journal of Medical Science outlined that racquet sports, swimming and aerobics are the three forms of physical activity best suited to avoiding heart disease and strokes.

And the world-renowned Forbes Magazine once cited the sport of squash as the healthiest of them all, edging out rowing and rock climbing, following extensive research.

Reports and research can often say many different things, but for a real-life example of the benefits of regular activity via the medium of squash, step forward the one and only Keith Allcock!

Keith, from Tettenhall, continues to both perspire and inspire as part of the regular Wednesday squash mix-in at Wolverhampton Lawn Tennis and Squash Club.

Fit as a fiddle, he comes off court still showing plenty of energy and all the benefits associated with an hour-and-a-half of vigorous exercise.

“I come to the squash mix-in every week and play a bit at other times as well – it is brilliant!” he explains.

“I have great fun with the other guys.

“I have been playing squash since I was 46 when a friend of mine asked me for a game of squash and we went along to Stafford Leisure Centre.

“I loved it from the start, being able to thrash the ball around like you can on a squash court!

“As soon as I get on court I feel like I come alive.

“I have always been really into sport and keeping fit and playing squash is a great way of doing that.”

Keith’s competitive streak stems from an early career as a weightlifter, and has continued with his squash.

He has previously made good progress through the draw in veterans events in the World Over-75s Championships and British Open, including finishing runner-up in the latter in 2011. 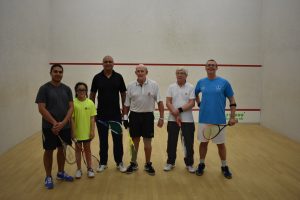 It is Matt McFahn, Head of Squash and Racketball at WLTSC, who leads the mix-ins at which Keith and many other players do battle, both on and off court!

“The mix-in sessions are competitive but also great socially as well, with plenty of banter,” says Matt.

“We have players of many different ages and it is a session that they all look forward to.

“As well as that research about squash being such a healthy sport, it is also worth remembering that it is also all about thinking as well.

“You move fast, move slow, sometimes long rallies and sometimes short, but you are always using your brain.

“In terms of Keith, you wouldn’t believe that he is 82.

“With him having previously been a weightlifter, he has always been really competitive.

“The amazing thing about Keith is that if we do a practice, he is the one person we can never get to stop or drop out!

“He will sit out just to share everything around if needs be but apart from that we can’t get him off because he is so keen to keep playing and hitting the ball.