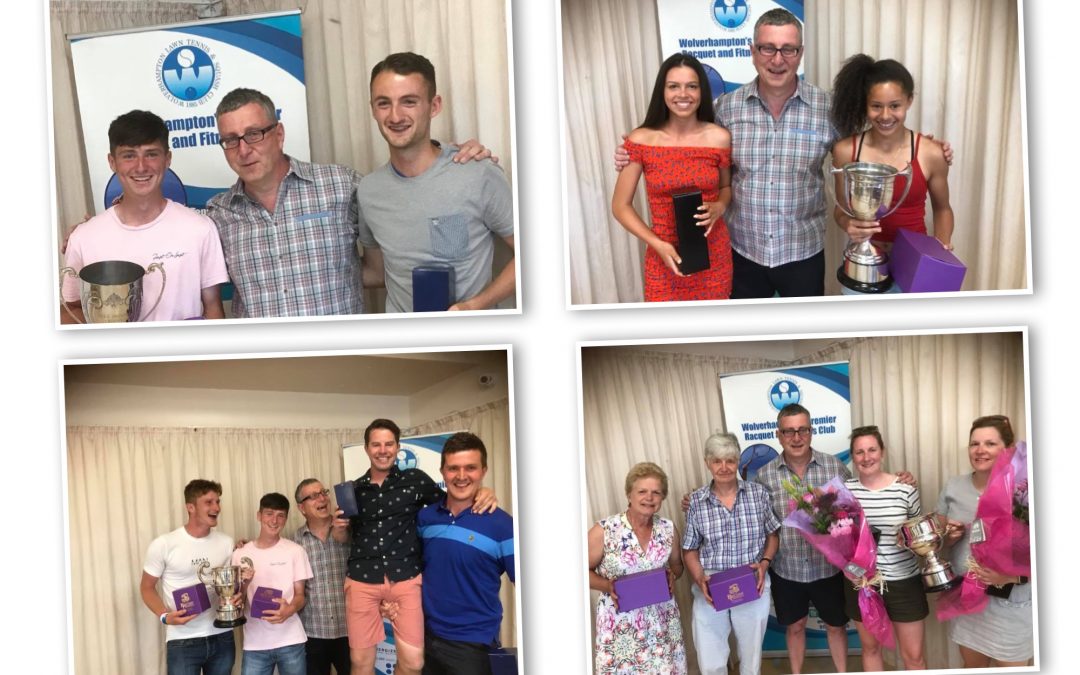 At the end of three weeks of action in which 183 matches took place across many different competitions, the winners were crowned in the Newbridge sunshine in front of a sizeable and lively crowd.

“I am very proud to be the tennis Chairman when we have a day like today,” said Nigel Eastwood, tennis chairman at WLTSC.

“It was great to see so many young players involved, and the combined age of the ladies’ final, at just 29, must have been the lowest ever.”

It was 13-year-old Adeola Greatorex who was victorious in that final, against Lily Hale, while Henry Parry’s impressive recent dominance of the Mens’ Singles title was brought to an end thanks to a superb performance from Fin Cook.

Cook then partnered Tom Welsh to victory against Paul Hodgetts and James Henderson in an entertaining Mens’ Doubles final, whilst Cathy Lea and Louise Scott prevailed in the Ladies doubles final against Elizabeth Allan and Jane Hatton.

As well as the main draws there were other graded tournaments and consolation plate competitions, ensuring all members had a good opportunity to make progress through the draws.

“We had over 200 entries in total, and it was great to see the club so busy over the last three weeks,” added Hodgetts, Every Point Rackets Manager at WLTSC.

“The standard at the top end of the club is probably higher than it has ever been, but for us as a club, it is about more than just the best players.

“The way the draws are graded means that all our members can take part at their different levels and have a fair chance to make a final.

“Finals Day was a great success – it is probably the biggest date on our tennis calendar and we turn it into an entertaining event and something which spectators can really enjoy.”

THANKS TO SIMON CALROW FOR THE PHOTOS