Over £8,000 Raised From Aberdovey Bike Ride 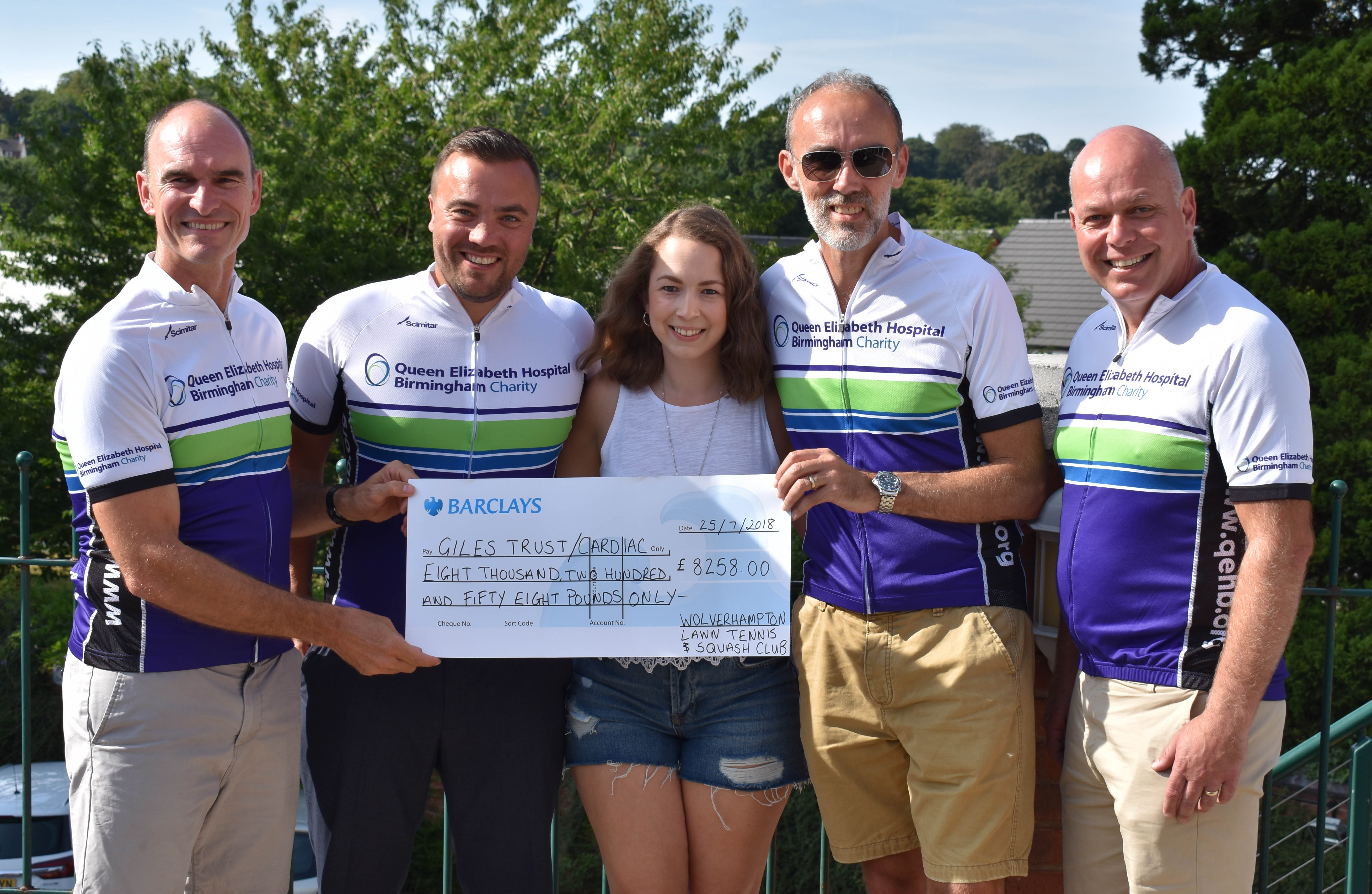 A group of WLTSC riders who completed the Wolverhampton to Aberdovey bike ride have handed over the cheque for the money raised to Birmingham’s Queen Elizabeth Hospital.

Forty riders from WLTSC took part in this year’s event in June, and combined to raise a fantastic £8,285 which was handed over to Sophie Carroll, Fundraising Officer from the hospital, at the club on Wednesday afternoon.

“Aberdovey was a great challenge, with WLTSC putting in the team with the most riders at the event,” says Operations Manager Marc Hughes.

“It was another real show of support from the club, with the majority of the team being made up of WLTSC members, and completed by some close friends.

“There was also a lot of support from everyone else at the club, and that has seen us go past our fundraising target and donate over £8,285 to the Queen Elizabeth Hospital.”

There were many reasons why WLTSC chose the Queen Elizabeth to be the beneficiary of this year’s ride.

Ryan actually joined the cyclists for the 105-mile ride this year, along with his Dad Paul, and Marc.

Many other club members are also indebted to the care of the QEH, including Emma Tilley, who was there at Aberdovey to cheer the WLTSC group which included her Dad Dave.

“I was diagnosed with leukaemia three years ago when I was 19,” says Emma.

“For the specialist treatment that I required, I could only go to the Queen Elizabeth Hospital, and I was admitted to Ward 625 where I spent seven weeks undergoing a stem cell transplant and programme of intense chemotherapy and radiotherapy.

“The hospital has done so much for me, Professor Charlie Craddock and the consultants and specalists.

“They are the reason why I am still here today – I owe it all to them – and throughout my treatment the hospital has always really helped me.

“I am now in remission, and still go in for checks every few months, and was only in last week to see the consultant.

“I saw some familiar faces from three years ago, and they can’t believe how far I have come since that time – it is amazing.

“So I was very proud that the club decided to support the QEH, and it was fantastic to see how everyone came together to do the ride to Aberdovey and raise such a large amount of money.”

*Thanks to Sophie Carroll, from the Fundraising team at the Queen Elizabeth Hospital, who came over to WLTSC to receive the cheque. 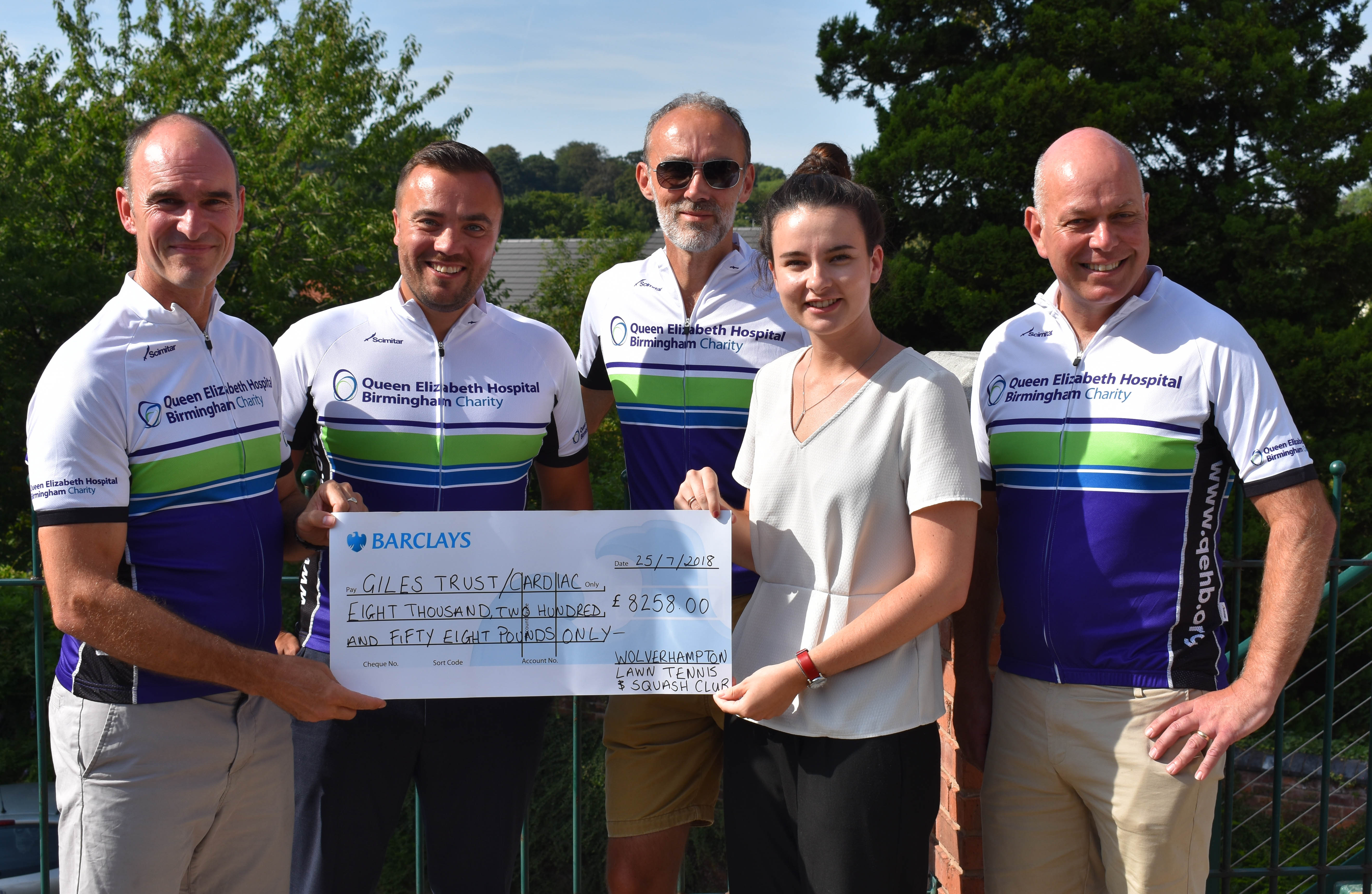