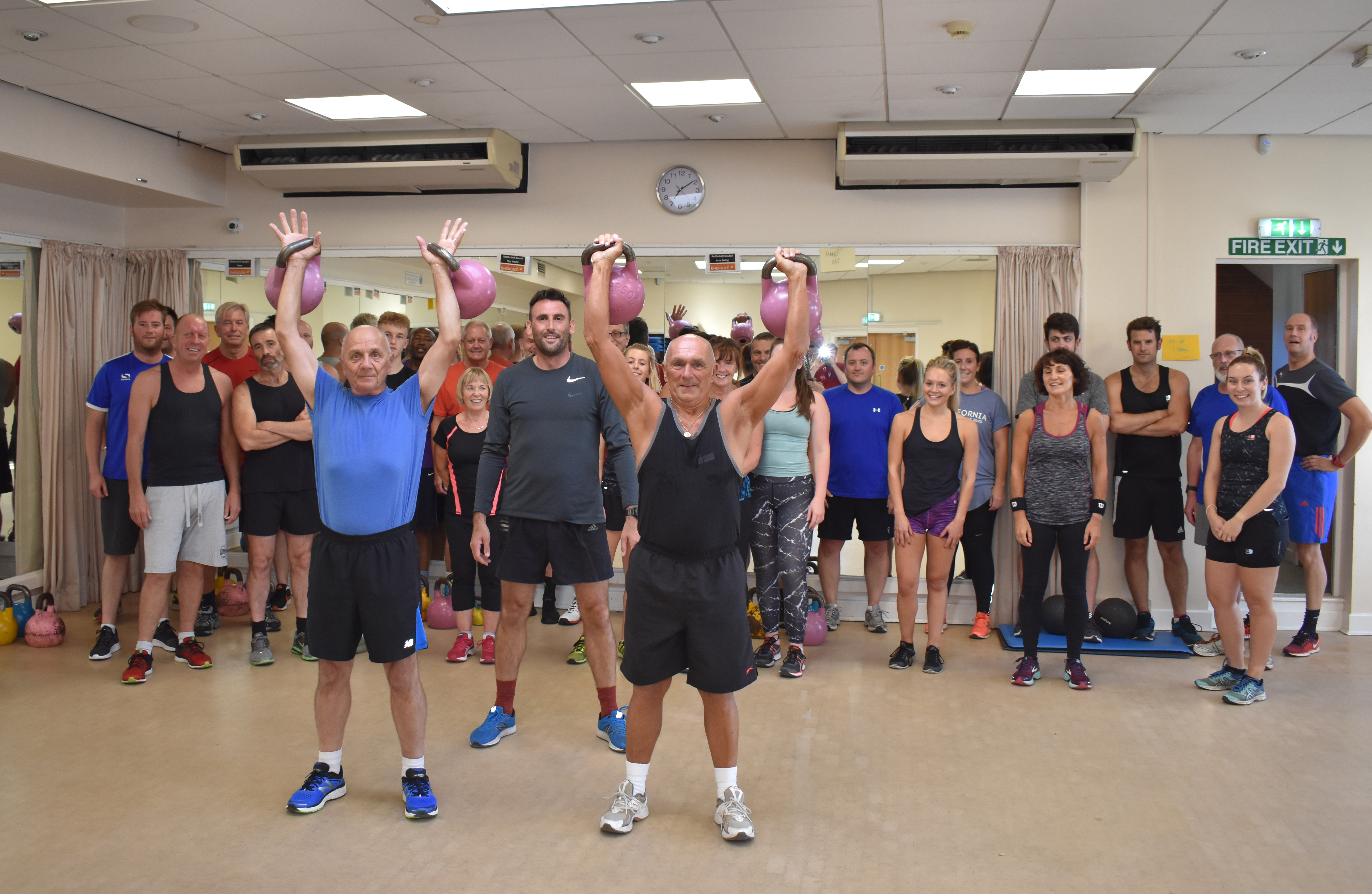 A pair of fitness fanatics from Wolverhampton Lawn Tennis & Squash Club have chalked up a hugely impressive 80 years of combined circuit training – and have no intention of stopping just yet!

Chris Law, aged 64, from Codsall, and Paul Davies, 69, from Wheaton Aston, still put their bodies through the intense conditioning and endurance training several times a week at the club, based in Newbridge near Tettenhall.

Chris has now been taking part in weekly circuit training sessions for some 48 years, and Paul for 32, making it an impressive eight decades of fitness work between them!

“I first started back in 1970, at Wulfrun College, and from the moment I got started, it became addictive,” says Chris, who retired two years ago after a career spent with British Gas and in IT withTarmac.

“Doing fitness training gives me an adrenaline rush, and, when you get into the routine of it, I also find it really enjoyable.

“It is great to have somebody like Paul to train with as he doesn’t know how to take it easy!

“We have been at the same sessions for so many years that we both know what we can do, what speed we can work at, and when we need to push each other on.”

Paul, who worked as a Materials Manager in various manufacturing industries before running his own engineering business, also started with the sessions at Wulfrun College, back in 1986.

“You really can’t beat keeping fit by doing these sessions, and if you miss one during the week you certainly feel it,” he says.

“When the gym started up here and the circuit sessions started in 1999, myself and Chris were both at the very first one.

“We know our limitations, but we never give up, and while we sometimes have to patch ourselves up with injuries the benefits far outweigh any problems!”

Both have also been involved in football in their younger days – Paul with Willenhall Town until he was 27 and Chris with Oxbarn in the Sunday League, as well as cycling.

Paul this year completed the Wolverhampton to Aberdovey ride for the first time while Chris focuses more on off-road cycling.

Chris, whose next motivation is to reach the 50-year landmark, has estimated he has been through approximately 3,500 circuit training sessions in his life so far.

“Do you think you will ever get fit?” quips Paul!

Paul Fothergill, Head of Fitness at WLTSC, is one of the Energize Personal Trainers who takes the sessions at which Chris and Paul are such loyal attendees alongside many others of a much younger age.

He says: “These guys are a true inspiration, fighting fit, never miss a class and will train with anyone.

“It just highlights what we aim to achieve here in that any age, any ability – our club is absolutely about fitness being for everyone.”

So what would the duo say to anyone else of a certain age who perhaps needs to get themselves a little bit fitter?

“The sessions here are very hard work but the trainers also make it fun and we have some great laughs.

“Everybody is different in what they can achieve but once you find out what you can do it is not only good for you but also really enjoyable.”

PICTURE: Chris Law and Paul Davies, and Head of Fitness at WLTSC Paul Fothergill, face the camera with the Thursday night circuits squad!